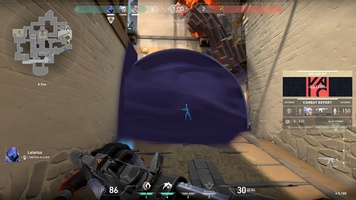 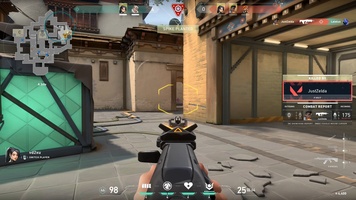 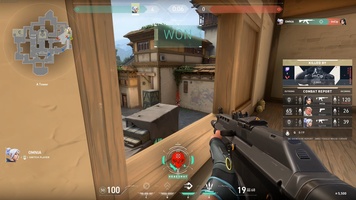 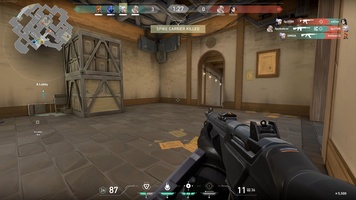 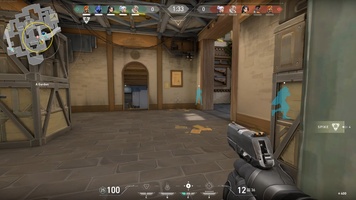 Advertisement
Valorant is a multiplayer FPS that challenges you to participate in exciting 5v5 games where only one team can emerge victorious. We're talking about an incredibly fun Hero Shooter brought to you by the developers that created other popular games like League of Legends, Teamfight Tactics and Legends of Runeterra.

The goal here is to be the first team to win 13 rounds. In each of the rounds, you can either be part of the attackers or defenders whose particularity lies in the 'Spike'. The attackers' mission is to place a bomb, and the defenders have to defuse it. If the attackers can't place the Spike, the round will end as soon as one of the teams runs out of players or when the time is up, which will give the victory to the defenders.

Although the approach is similar to Counter-Strike, in Valorant you have to control a single hero who has different special skills. Each of the Agents has four powers available - they're the key to this Riot Games title. You have to acquire these skills during the purchase phase, the same goes for all of the weapons at our disposal.

Valorant is a spectacular tactical shooter that lets you experience exciting rounds. This is an FPS with very high technical values and the quality that accompanies all Riot's games.
Reviewed by Nelson de Benito
Advertisement

How can I download it and play it because it needs an exe application?

The game is good and really fun

Tekken Tag Tournament
The PlayStation 2 classic, now on your PC thanks to MAME
GTA IV: San Andreas
San Andreas is back to life in GTA IV
PUBG Lite
The version version of PUBG for PC
Call of Duty 2
Play 2nd World War as if you really were there
Creative Destruction
A free Fortnite-style battle royale that won't disappoint you
Total Overdose
Tequila-fuelled rampage
Knives Out
Online action for up to 100 players
Super Smash Flash 2
The Super Smash Bros formula is now available for your computer.